The proposals seek to erect a replacement sports pavilion incorporating changing rooms, a social area/meeting room, a kitchen, toilets and equipment storage areas, and the creation of a formal cricket pitch and football pitches within the outfield on this existing recreational/sports site within Euston Park.

The project itself seeks to enhance the opportunities for formal and informal sports and leisure pursuits on the site and is intended to be an inspirational new facility for the community aimed at providing a ‘hub’ for the community aligned with the present sporting use to provide an exemplar building which would also act as a catalyst for the continued sports development in the area. With an emphasis on encouraging the population to adopt physical activity as part of a healthy lifestyle, it is hoped the proposed facility will stimulate the community to become more active within an environment that which will be the envy of many.

It is proposed that the new facility will further encourage and engage with the local community assisting in both sports development in the area together with provision of enhanced community facilities that encourage and attract new members to the existing sports clubs based at Euston and formation of new community clubs which will therefore assist in the continued viability and success of the facility.

Additionally the continued viability and expansion of the existing sports facilities at Euston is an integral part of the conservation management plan for the estate, and is intended that the new facility will become an important park land building which will be used in many of the events that are held on the Park and within the Estate, providing support facilities to the many equestrian events such as endurance rides and pony club rallies, as well as caravan rallies in the park at Euston. Furthermore it will be used during the Rural Pastimes event, one of the largest of its kind in East Anglia, held in the park each June.

Further opportunities to generate interest and income have been explored with the community and potential uses would become apparent on completion of the facilities, however, the most obvious examples being the opportunity for local groups to use the pavilion for meetings during the afternoons and evenings and for private hire for receptions , together with being used as a community hall.

Euston and the surrounding villages currently lacks adequate facilities required to support all the community’s interest and in particular sport and physical activity. The new facilities will provide the village with a suitable venue capable for supporting both club and wider community activity with easy access within a wonderful setting. The proposals have the support of the local Parish Council and both the Suffolk and Norfolk Football Association. 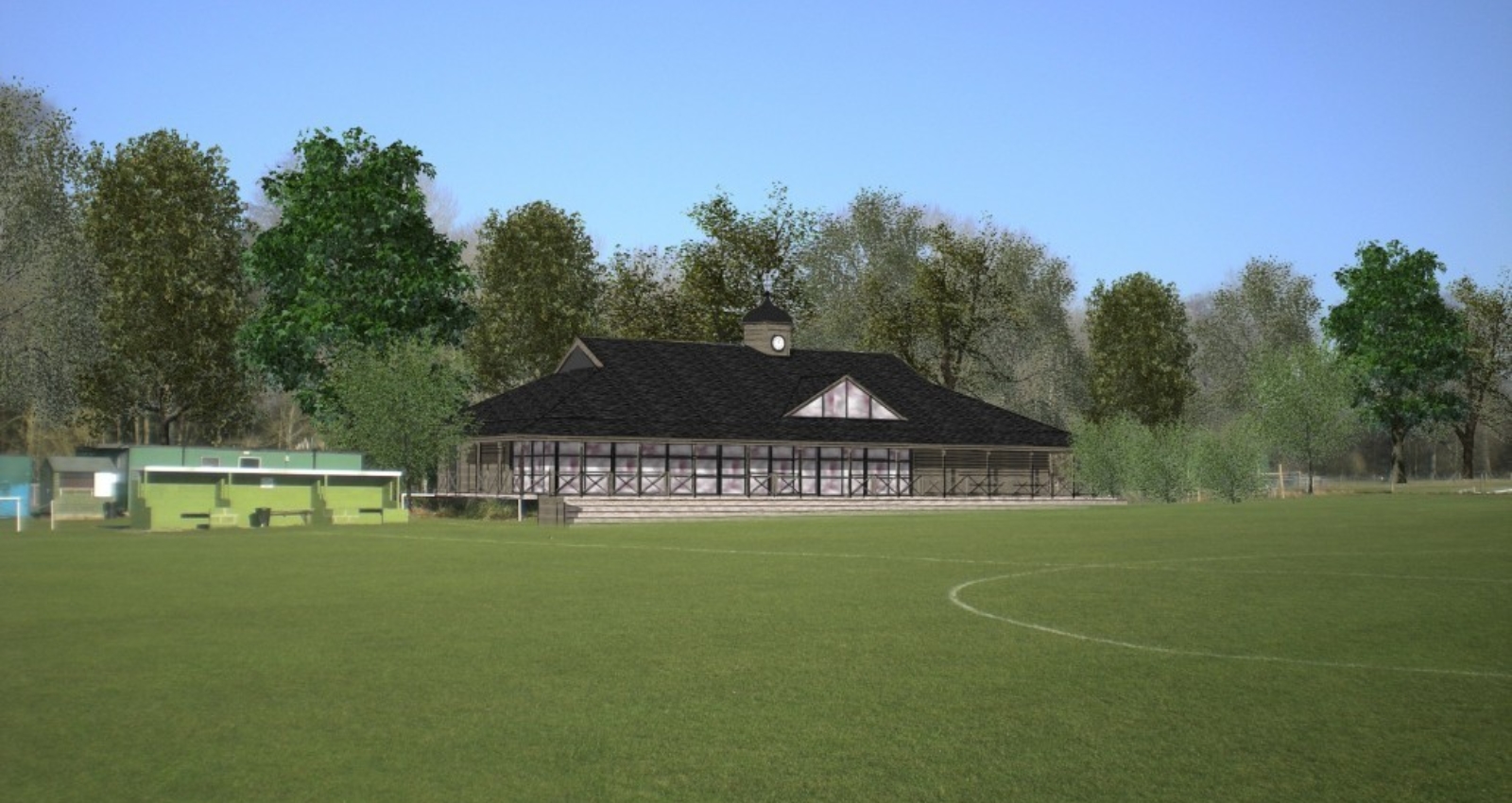 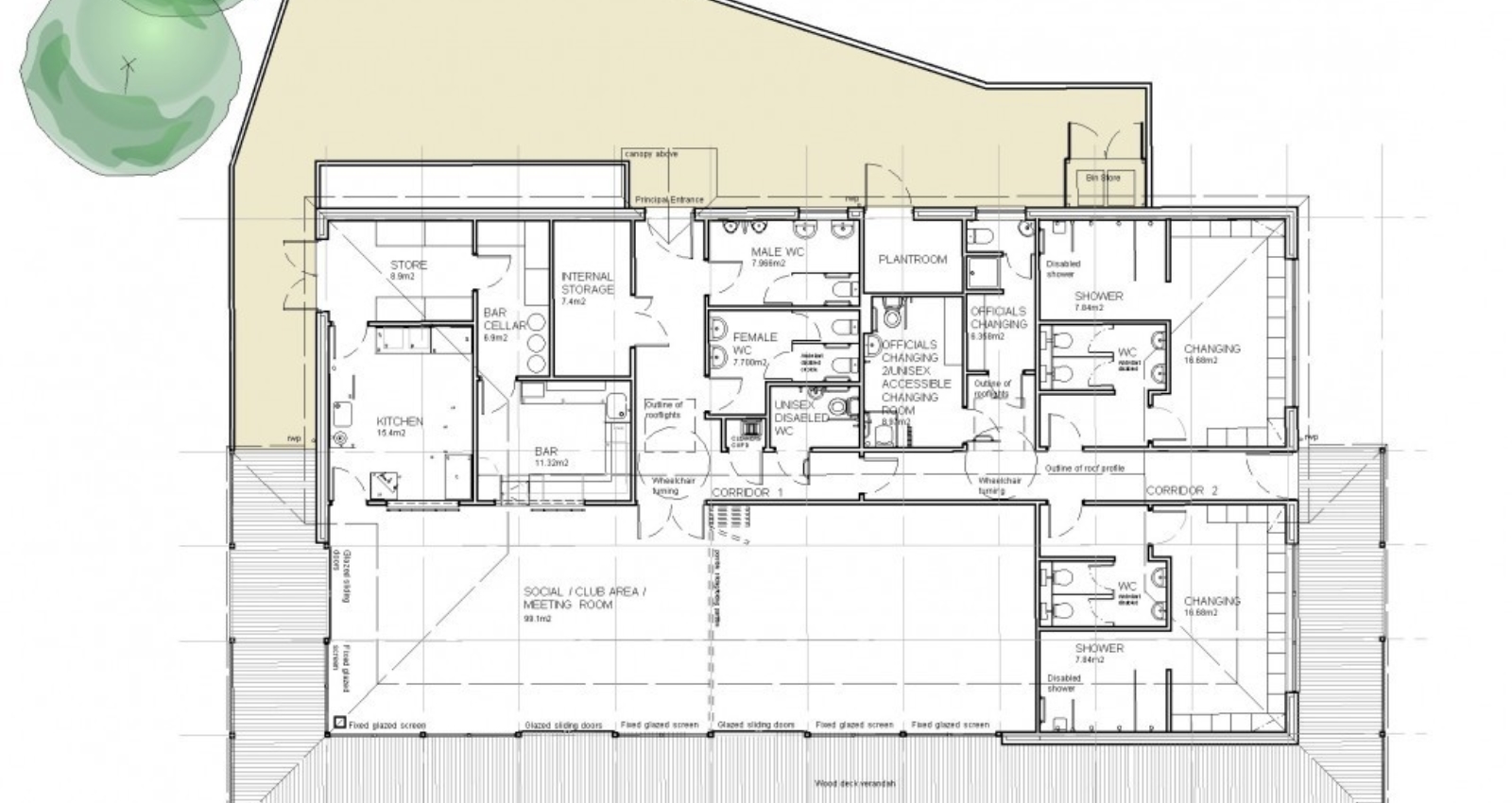 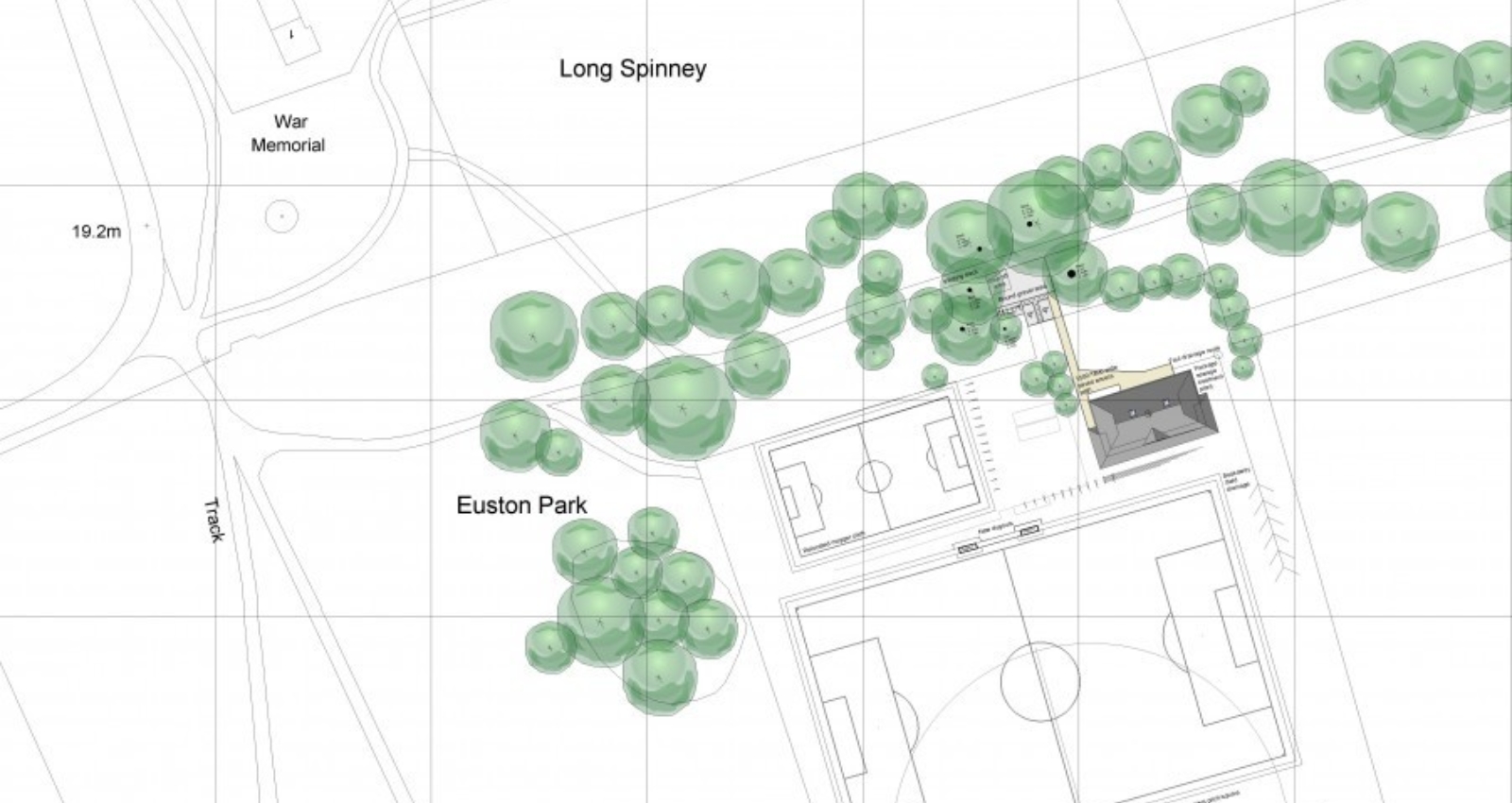 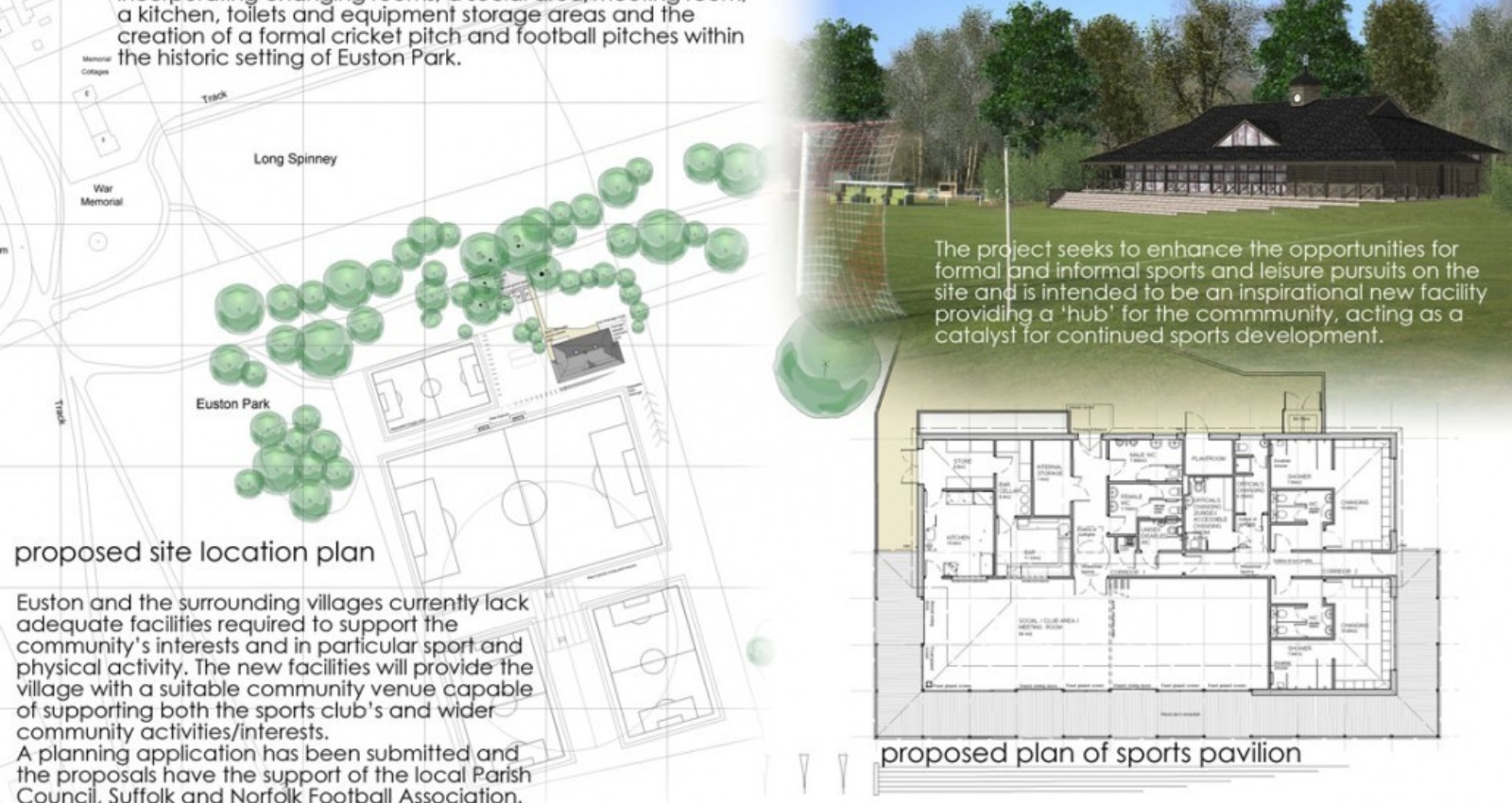