A former dairy, and originally part of a larger Manor House destroyed in the mid-eighteenth Century, had been left derelict and abandoned, sitting within a overgrown meadow and surrounded by a moat.

The concept of the project was to retain the feature of the moat and design a series of buildings to form a car free enclosure that was protected by the surrounding moat. The existing dairy building was largely demolished and then rebuilt with a new transversed wing addition and various new out buildings. The addition of the curved, flint tower, its conical roof reflecting the nearby church tower, provides the focal point to the building. The landscaped gardens have matured to create a wonderful setting.

On completion the property was featured on the front cover of the Eastern Region Architect's Yearbook. 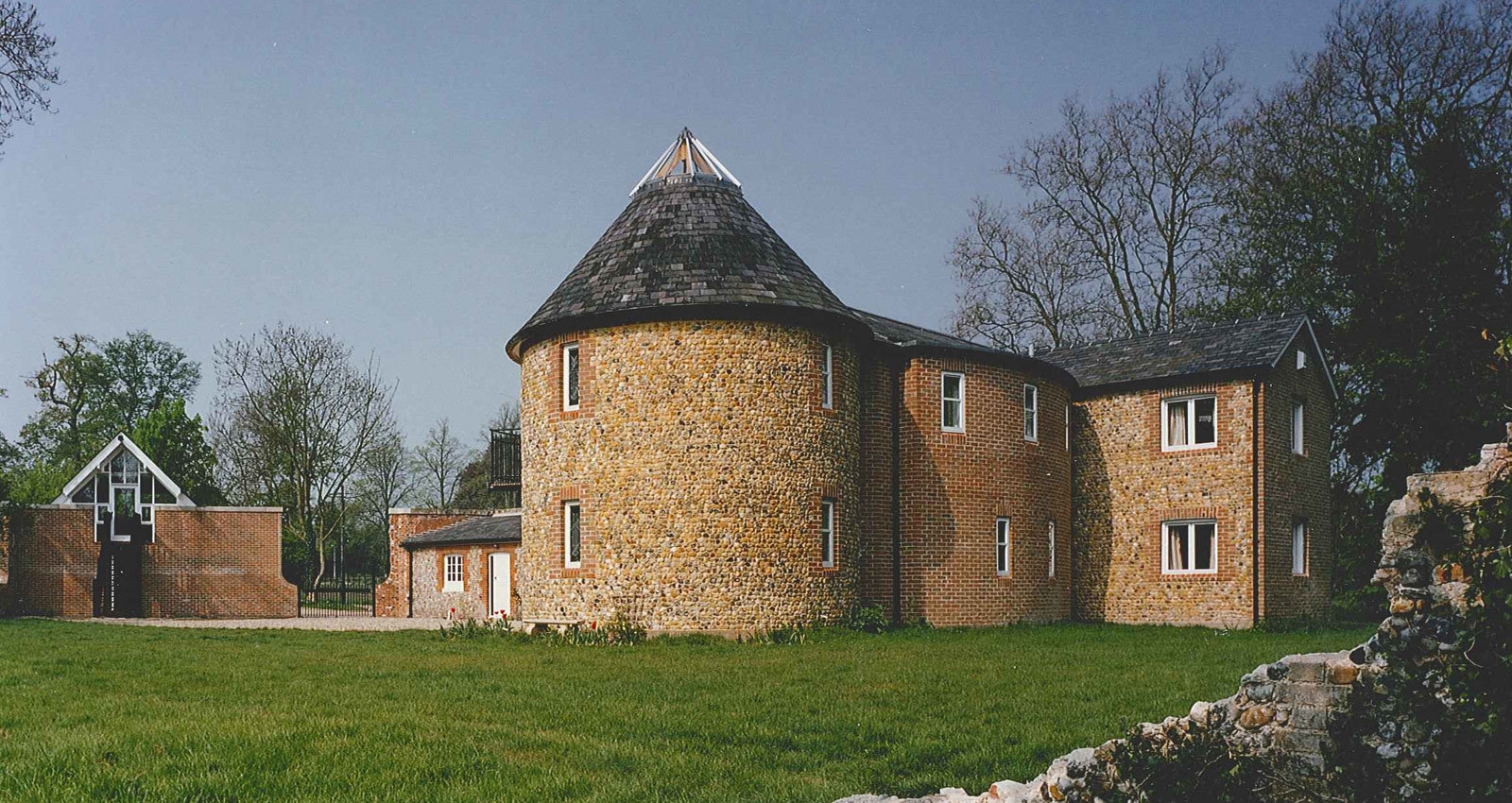 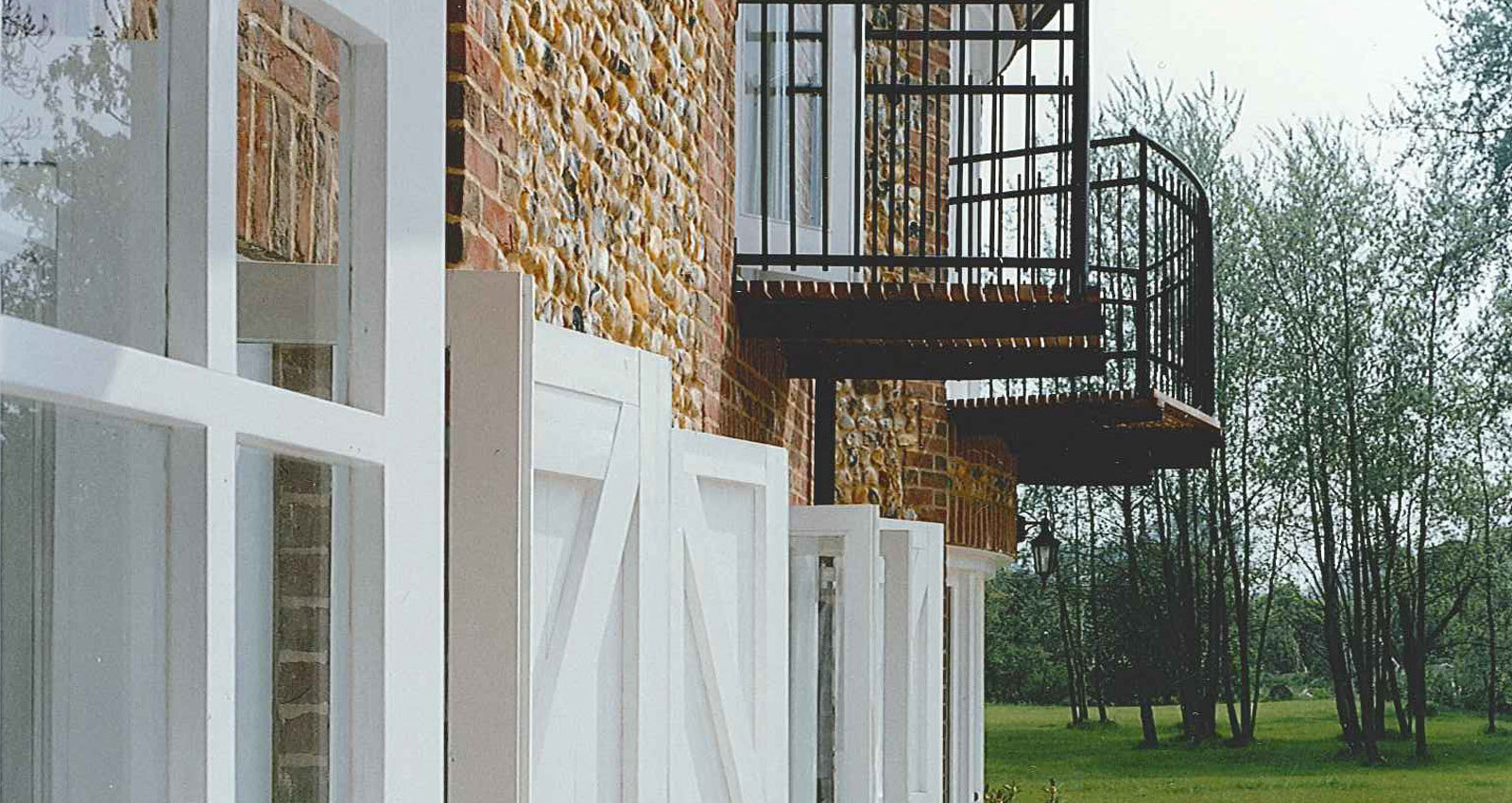