Set within a generous mature plot with tree boundaries to the north and south and views across open countryside to the west this new dwelling offers a large family residence completed to a high specification. Designed to provide a comfortable living environment, keeping connections with the outside and framing views across picturesque farmland.

This large family home was designed to be sympathetic to the surrounding dwellings, which are a mix of large bungalows and two storey dwellings alongside smaller cottages. The dwelling has varied rooflines to break up the mass and respond to the surrounding sites. A chalet style design was opted for to ensure the building didn’t impose on its neighbours.

A single storey element forms the southern end with no side windows in order to respect the neighbouring bungalows. A cartlodge was located to the north with an office space in the roof, this allowed the roofline to be kept lower than the main house, thus respecting the cottages to the north of the site. The central body of the dwelling forms the two-storey element to prevent any overlooking on the neighbours; this meant that all of the especially large glazing was located on the east and west-facing axis.

A mix of weatherboarding and brick elevations give a modern twist to a traditional detail with the clay tiled roofs helping to unite the building and enable it to sit well against its more traditional neighbouring properties. 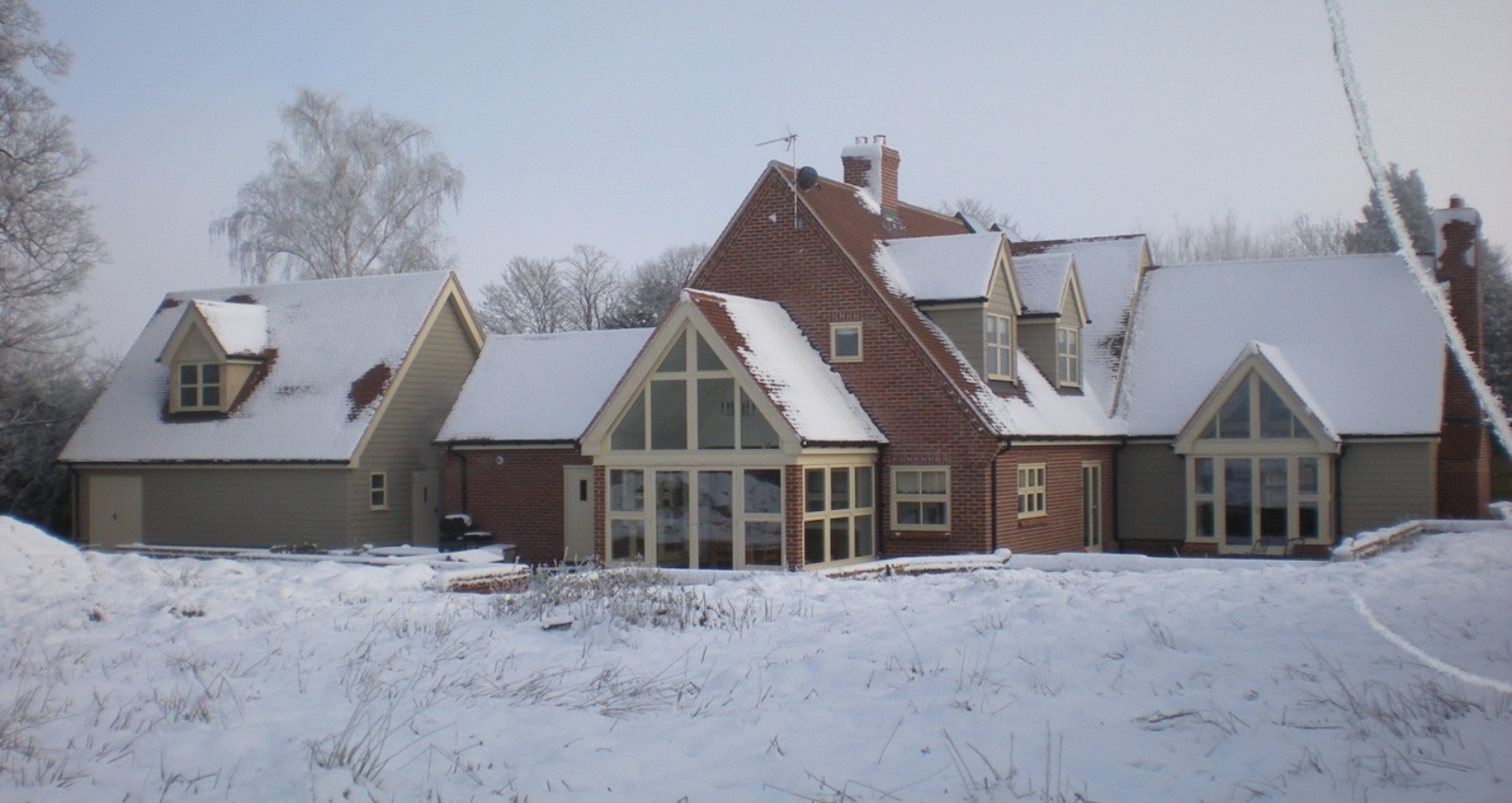 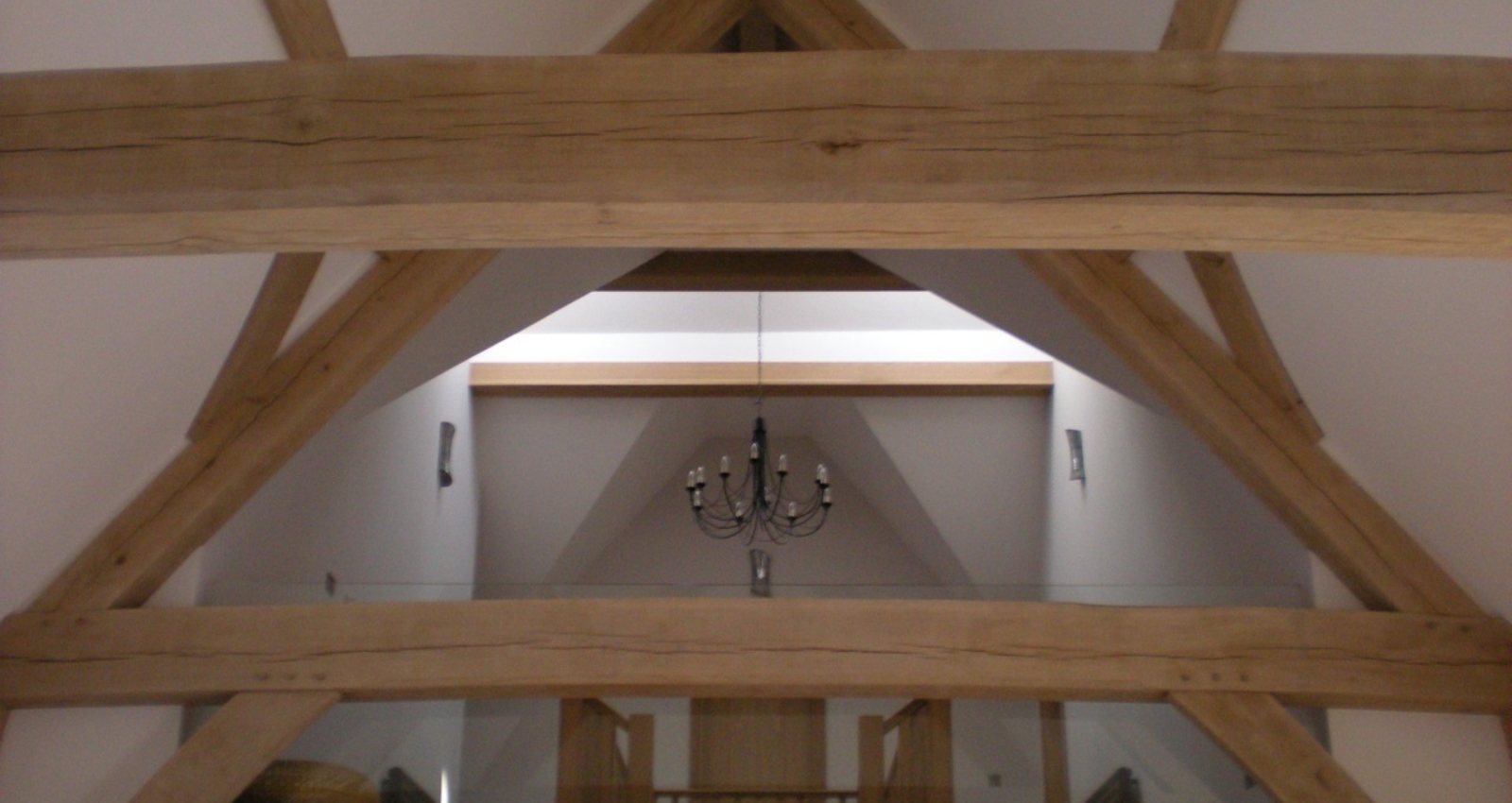 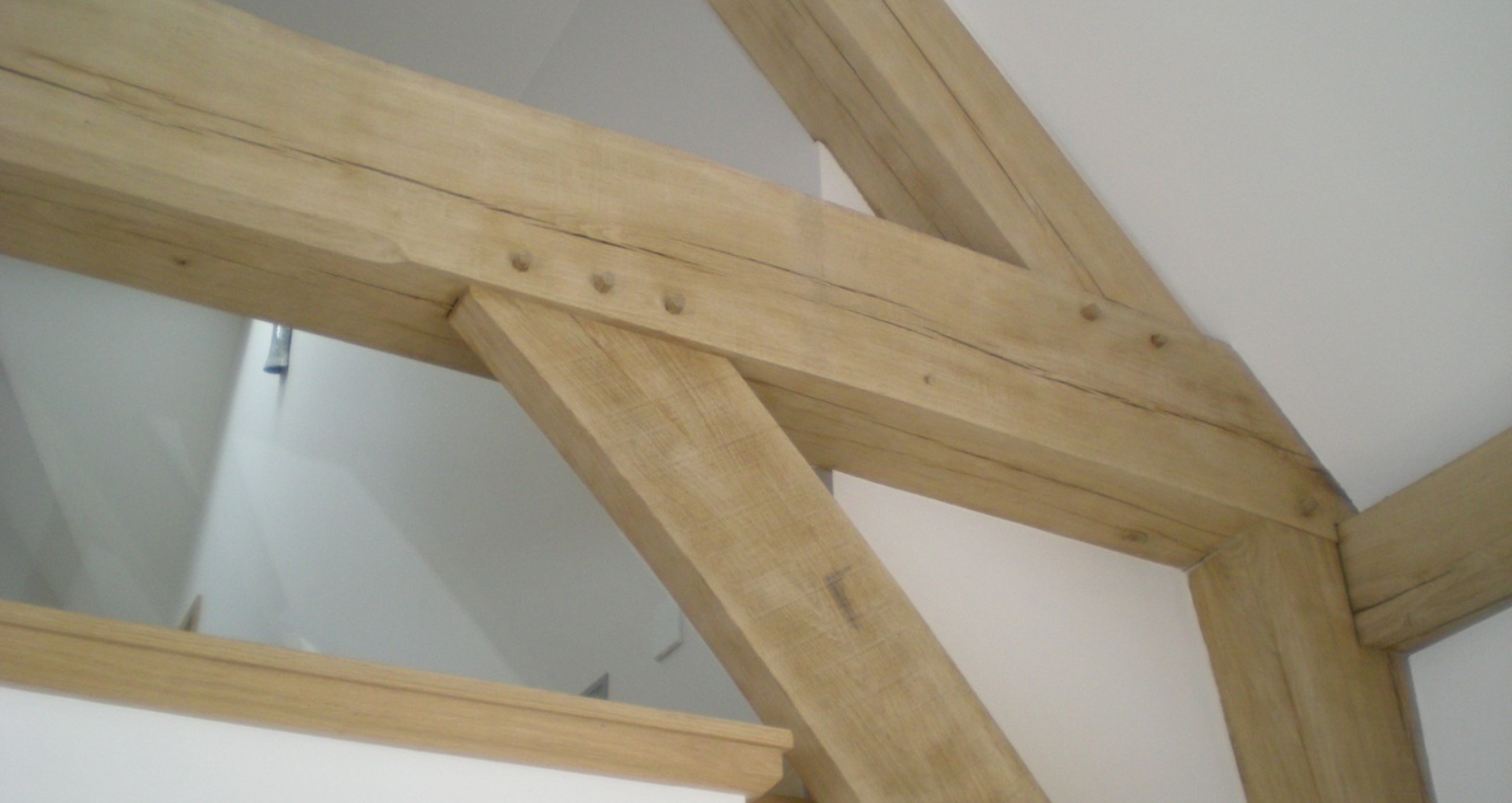 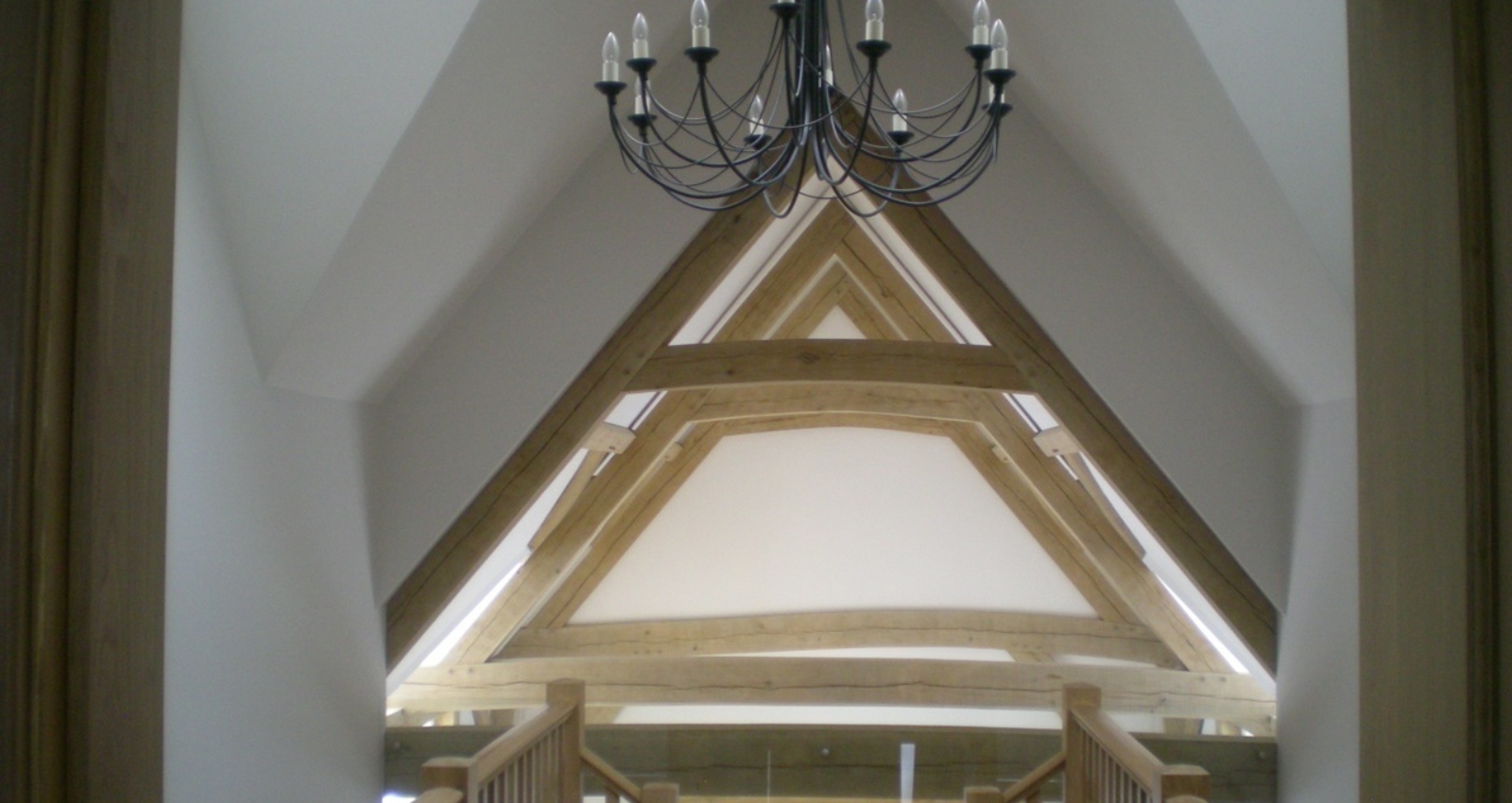 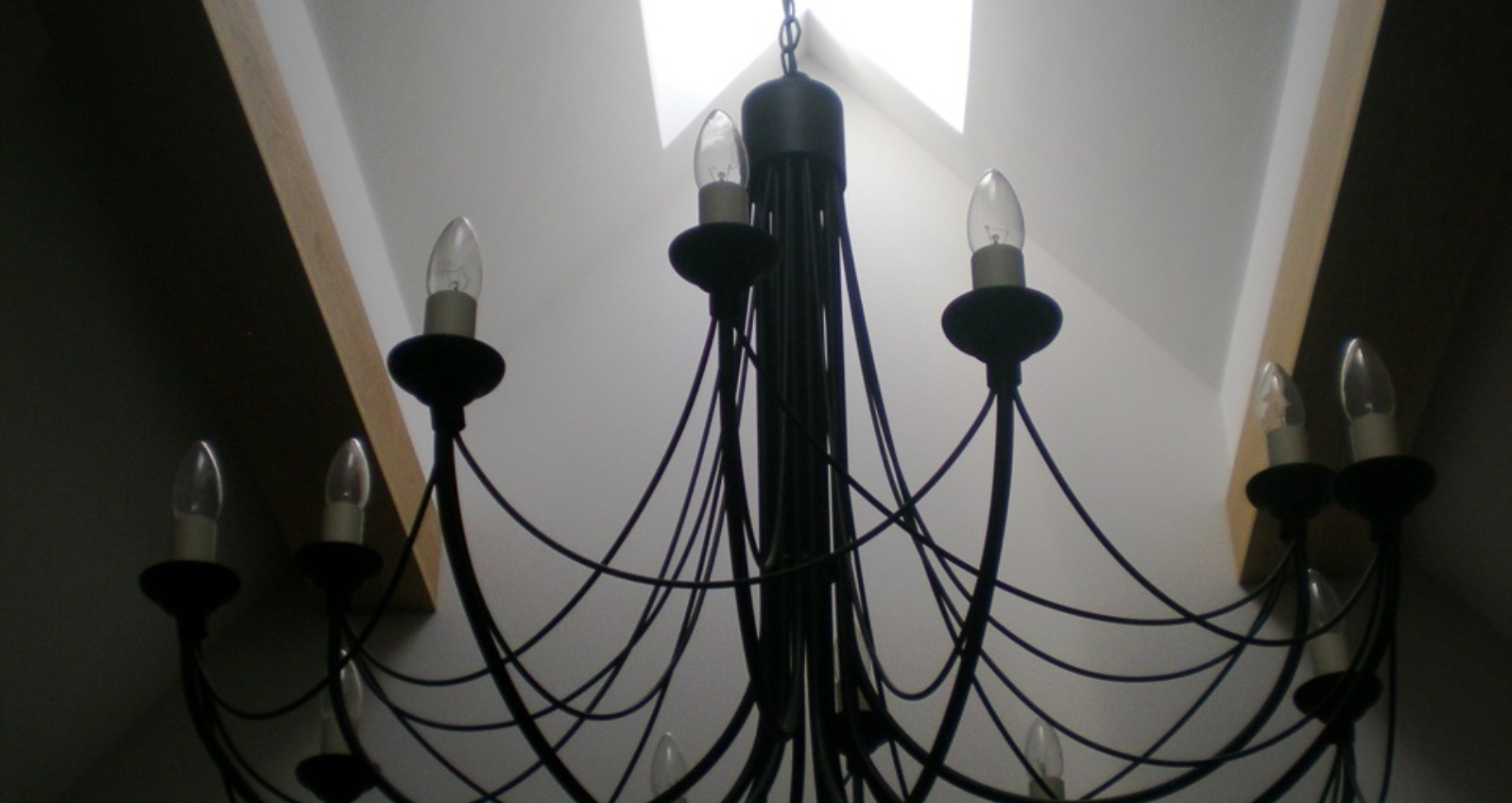 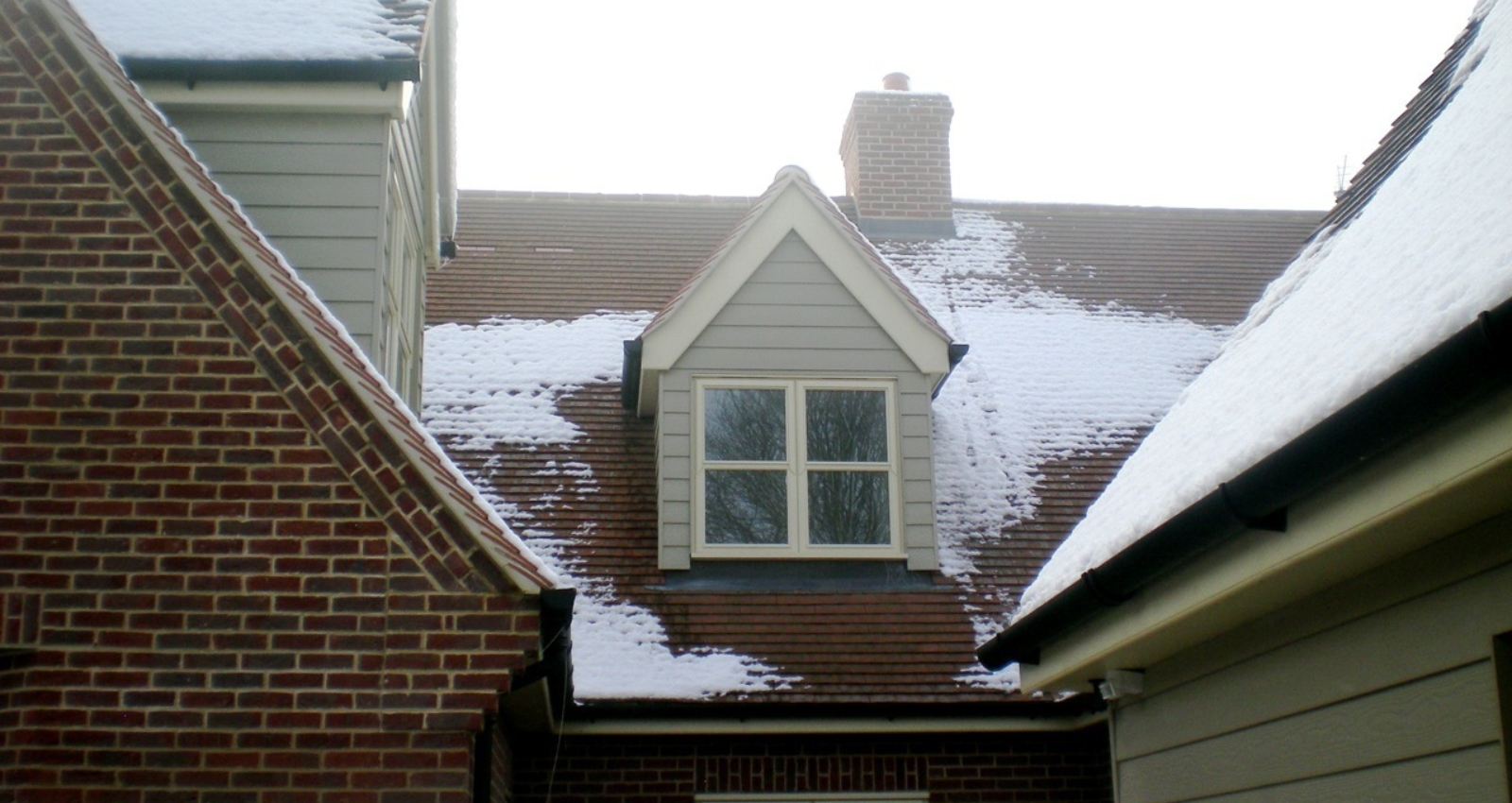 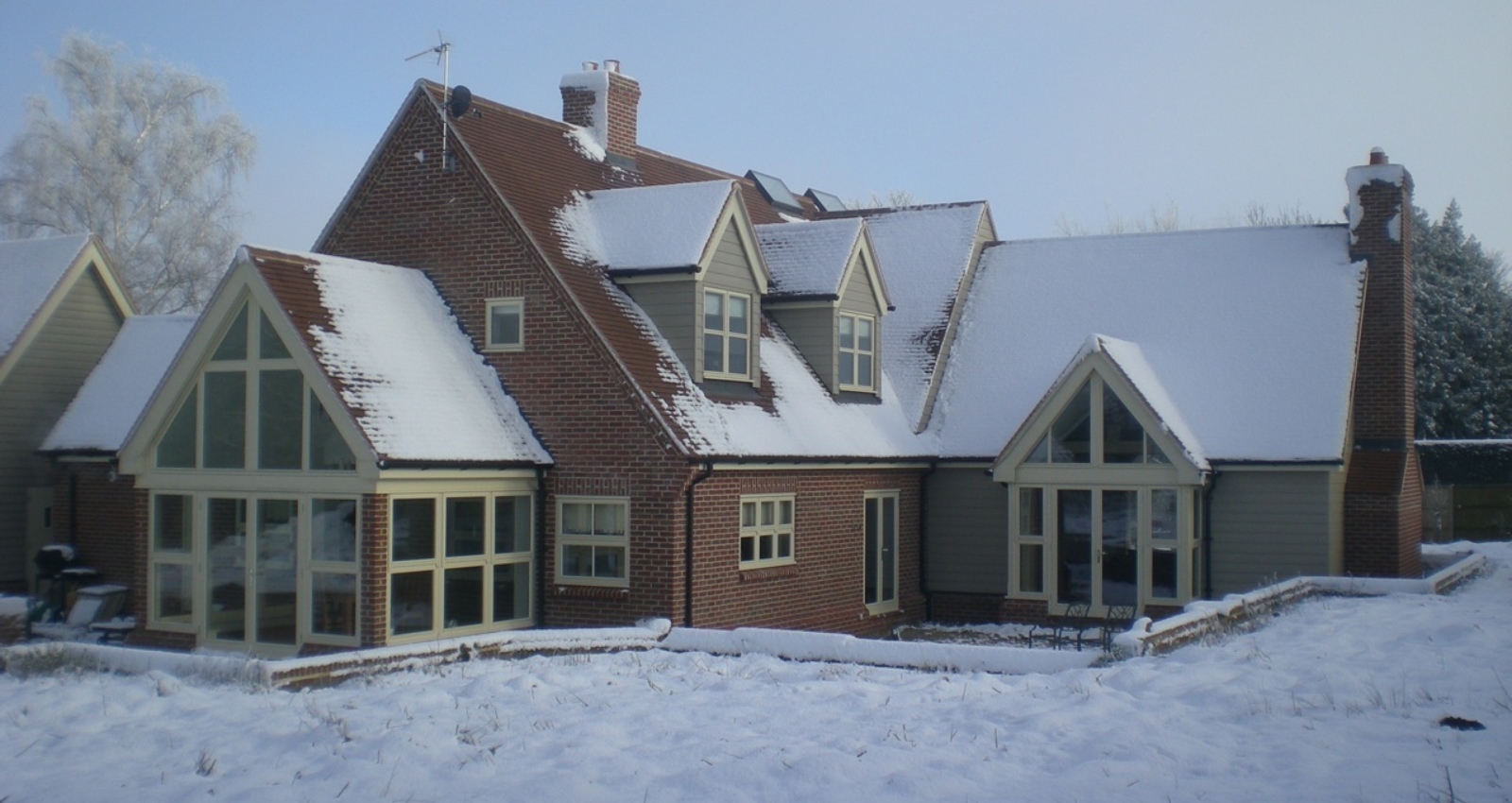 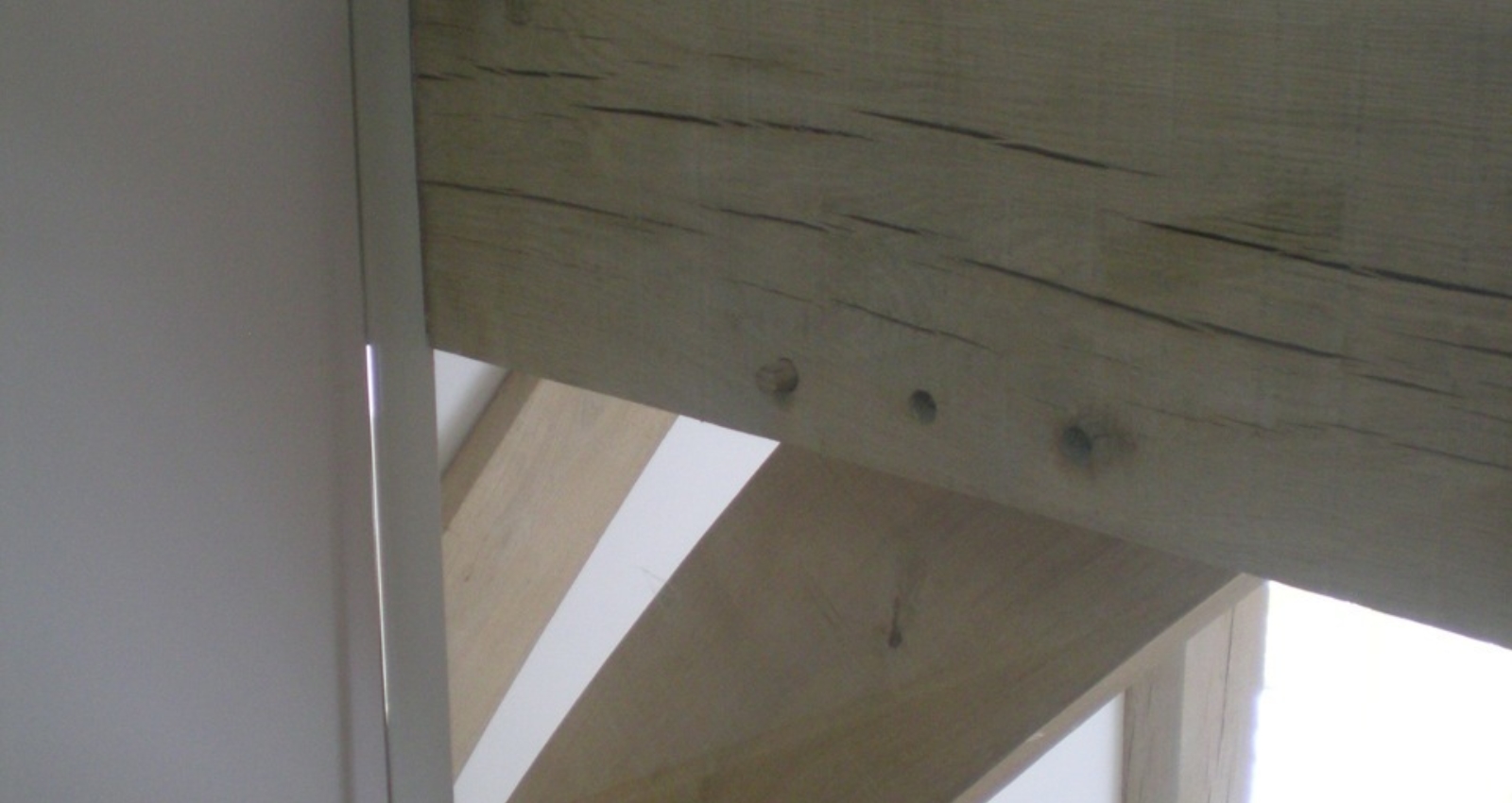